Last weekend Jackson Giles won the Volcom 500 Pro Am at Whale Beach and in the process has secured a ticket to compete in the TCT World Championships in the US.

In small but clean conditions at Whale Beach, competitors dug deep and delivered the goods. With a ticket to the states on the line the entrants were going for broke. Ben Penny, Kai Warner, Harry Bryant and Nathan Cook stuck it to the field but the two in-form were Cooper Chapman and Jackson Giles. Both surfers in amazing form, it was always going to go down to the wire. With Cooper trailing in the dying minutes he rode to shore on a solid wave posting an 8.5 which was backed up by a 6.47 narrowly missing the win. 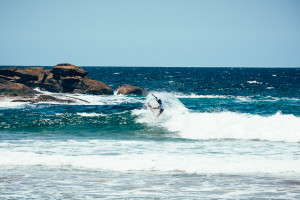 The conditions further deteriorated with a strengthening onshore wind, Jackson who surfed solid all event had taken it to the next level in the final. Securing a winning position in the final and ; he landed clean air reverses and backed up with some solid caving wraps to post both a 7.1 and an 8.27. 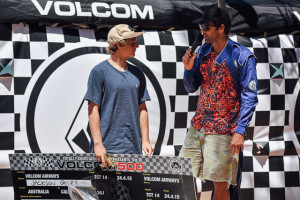 The win caps off a stellar year for the young lad. Winner of the Junior State Championship + representing Oz in the RipCurl Gromsearch finals at Lakey Peak. Numerous finals at the Pro Junior events around Oz and NZ. Good luck in the US Jacko