In early October in near perfect 3 foot waves at Wanda beach young Max McGuigan beat a hot field of the states best U/14 boys to take out event 2 of this years U/14 Boys RipCurl GromSearch Series. 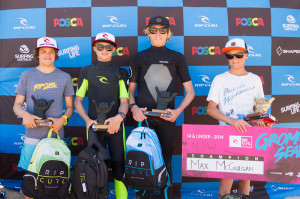 Max’s smooth and powerful lines allowed him to post a solid 9.00 ride (out of a possible 10 points) in the Under-14 Boys final and get the upper hand over his fellow finalists. McGuigan’s devotion to throwing down big turns on big sections was another advantage as he took the final from Mikey McDonagh (Lennox Head, NSW), Jackson Roberts (Bateau Bay, NSW) and Keanu Miller (Bulli, NSW) who finished in second, third and fourth respectively.

The win means that Max will compete in the national Finals which will be held at North Narrabeen in early January 2015. Congrats on the big win Maxy. Keep charging. 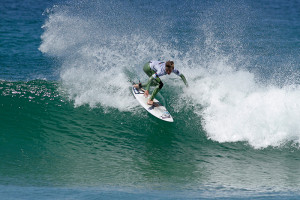 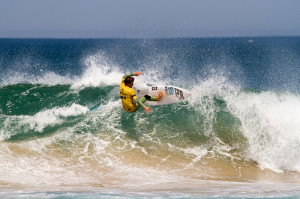