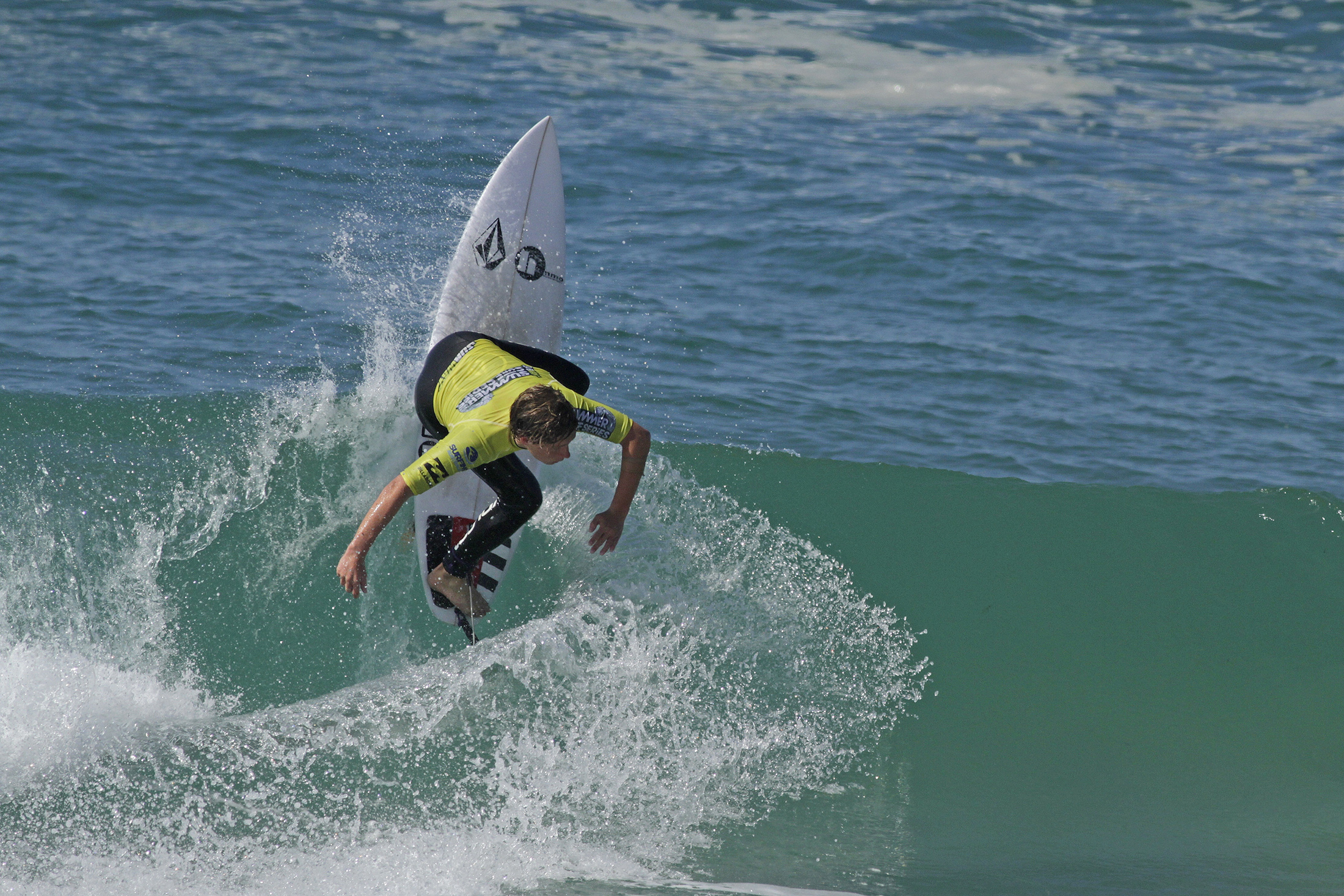 Macy Callaghan (Avoca, NSW) snatched her second Subway® Summer Surf Series title in as many events, successfully taking a win in the Under-16 Girls. The Central Coast natural-footer used her deadly backhand attack to lock in a solid heat total of 17.1 (out of a possible 20 points), which left her closest opponent Alysse Cooper (Queenscliff, NSW) requiring a 9.44 wave score to knock Callaghan from the top spot. This victory is the latest in a string of recent final appearances for Callaghan, which has included a victory in the 2014 NRMA NSW Junior State Titles and a third place finish at the Open Surfmasters Titles at the 2014 Australian Surf Festival in Coffs Harbour.

Despite scoring an interference in the Under-16 Boys semi-final, Sandon Whittaker (Avoca, NSW) was able to narrowly escape elimination and refocus in the Under-16 Boys final and nab the win with a solid 16.83 heat total. Consequently, the scoreline left all of Whittaker’s fellow finalists chasing solid two wave totals to snatch the win from him.

In the Under-18 Girls final, Paris Whittaker (Caringbah, NSW), managed to muster up some last minute heroics to sneak past Kirra-Belle Olsson (Copacabana, NSW) who held down the lead for the first 19 minutes of the heat. Whittaker linked together a chain of solid backhand cracks to lock in a 7.67 wave score (out of a possible 10 points), which gave her the edge over Olsson and took the victory.

The Under-18 Boys final saw some of the most exciting surfing of the entire event with all finalists locking in solid scores for a range of aerials and massive power turns. However, when the final hooter sounded it was Jared Hickel (Cronulla, NSW) who managed to bag his second Subway® Summer Surf Series title from as many events. Despite local surfer Jackson Baker (Merewether, NSW) posting a 9.17 wave score and Jackson Giles (Matraville, NSW) locking in a near perfect 9.67, Hickel was able to keep his opposition at arms length on the strength of a 16.40 heat total. Hickel synced his dynamite repertoire with Bar Beach’s punchy lefthanders, which allowed him to perform a chain of critical rail turns and snaps to take the win.

Event three of the Subway® Summer Surf Series is expected to kick off on Queensland’s Sunshine Coast from October 25 – 26, 2014.

The main base for second event of the Subway® Summer Surf Series was Merewether or Newcastle Beach with backup locations of Dixon Park, Bar Beach and Nobbys.

Organised by Surfing Australia and proudly supported by Billabong, the 13-event series will be held around Australia this summer showcasing the country’s best male and female surfers in the under 16 and 18 age divisions. Each event is expected to attract as many as 100 surfers vying for the top honour.

The new series was created to fill a competition void which exists at a crucial point in the development of Australia’s leading junior surfers. It represents an important link in the ‘pathway to the podium’ developed by Surfing Australia, with surfers now able to progress from the VEGEMITE SurfGroms program, onto the Wahu Surfer Groms Comps, into the Subway® Summer Surf Series, followed by the Original Source Australian Boardriders Battle.

The Subway® Summer Surf Series will help young Australians continue to develop their passion for surfing, whether it be professionally or recreationally and carry on to enjoy a lifetime of surfing.

The male and female winners from the U/18 divisions of each event in the series will be invited to attend a three-day Subway® Surf Camp at the Hurley Surfing Australia High Performance Centre at Casuarina. The camp, conducted by Australia’s leading surf coaches, aims to provide participants with the assistance and training they need to make the transition from surfer to professional athlete.